Is Izod a good brand? We are continuously assaulted with many styles in the fashion world. There are many possibilities, but the Izod brand is among the most renowned apparel, shoe, and accessory companies accessible today. Izod is a fashion mainstay that has existed for a long time.

Izod is a well-known apparel brand that appeals to men of all ages. Izod has risen to the top of the fashion industry, praised for its high-quality, trendy, and long-lasting items. In this article, I will be emphasizing the Izod brand as I answer some questions that you may have about the brand.

History of the Izod Brand

An American entrepreneur who worked for David Crystal Co. in the late 1930s, Vincent dePaul Draddy,  required a good name to go along with his high-quality apparel. He stumbled upon Jack Izod’s tailoring establishment while on a tour in London with his family.

Izod (a well-known tailor) manufactured bespoke shirts for King George V and invented the Windsor tie-knot, but he was ready for retirement and embraced Daddy’s offer to buy the license to his distinguishing name. In 1938, the clothing company Izod of London made its debut in the United States.

From 1952 through 1993, Izod of London was best known for its collaboration with the Lacoste clothing brand. Vincent Draddy started licensing the Lacoste shirt to give the Izod label more prestige, but he couldn’t find buyers for the $8.00 retail price (about comparable to $78 in 2020).

The tees became popular with retail chains after Draddy began giving them away to his renowned friends, including Bing Crosby, Dwight D. Eisenhower,  John F. Kennedy, and Daniel Platt. “Izod of London” became “Izod Lacoste.” Although the shirts were both Izod and Lacoste, they became known as “Izod” shirts (which escalated to the present misapprehension that the famous “Crocodile” is the “Izod” trademark).

Bernard Lacoste assumed control of the business in 1964. Under Bernard’s leadership, the company saw significant development. Annual sales of Izod Lacoste items were over 300,000 when he became president. The Izod Lacoste label peaked in popularity in the United States in the late 1970s, and it became the signature “preppy” clothing piece of the 1980s, as described in The Original Preppy Guide.

Le Tigre Clothing was formed in 1977 as a direct competitor to Lacoste in the US marketplace, offering a comparable range of clothing but with a tiger instead of the distinctive Lacoste crocodile. During this time, Izod’s parent company, Crystal Brands, was acquired by General Mills, and the Gant U.S.A. trademark was purchased.

Izod Lacoste struggled in the early 1990s to retain its market dominance from prior decades. Crystal Brands’ original approach was to split the two identities and target two different sets of customers: “Izod” was reissued as reasonably priced garments in department shops, while Lacoste was rebranded “Lacoste Chemise” and promoted as a premium lifestyle brand.

The licensing arrangement ended in 1993 as this strategy failed to yield the financial returns Crystal had hoped for. In 1993, Sports Loisirs S.A. bought out the entire Lacoste brand, while PVH bought out Izod in 1995.

While developing a variety of production lines and trademarks, replete with nothing but an Izod “crest” emblem, or patch, PVH realigned and recovered some of Izod’s past relevance. Izod designs a broad variety of men’s wear, ties, cravats, footwear, outerwear, and cologne in contrast to its sportswear, and continues to create its famed polo shirts. The Izod-branded shirts have now become a part of the largest shirt maker in the United States, the PVH firm.

Is Izod A Luxury Brand?

Izod is a luxury fashion brand that offers high-quality clothes with a variety of designs and styles that are targeted towards both men and women. Izod has expanded significantly from the establishment of its initial brand, to include a variety of vital, performance, and luxury goods. Hence, it can be considered as a brand with luxury items but luxury goods may not be its primary product.

There are many different factors to consider when trying to answer this question, but if you are looking at the price range then Izod might be considered a luxury brand because they sell clothes that are quite expensive for an everyday person to afford. 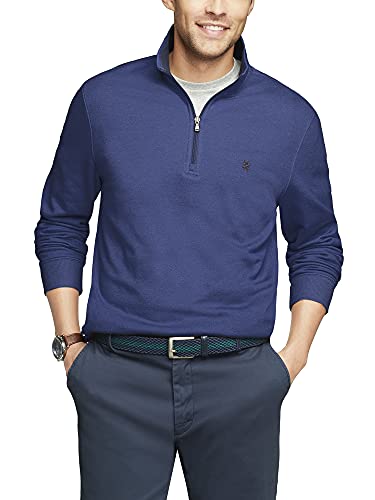 If you’re looking for men’s polo shirts or high-quality jeans, Izod has a great assortment at a reasonable price. Their golf tees are suitable for both males and ladies, and you will notice the distinction after a short time wearing them.

Izod is considered to be a luxury fashion brand because of the quality of the clothes that they manufacture. They offer high-quality clothes that are made with materials such as silk and wool.

The company was previously owned by Phillips-Van Heusen Corporation (PVH), which purchased the brand in 1999. However, PVH recently announced the sale of Izod and other fashion brands to Authentic Brands company. Izod offers products such as clothing, footwear, and accessories for men and women of all ages. They also offer watches and jewelry as well as home furnishings and bedding collections.

Is Izod a Designer Brand?

The Izod Corporation is an American mid-priced apparel manufacturer that specializes in dressy-casual clothing, men’s sportswear, footwear, and accessories. Although the brand could be classified at some level of luxury, it isn’t necessarily classified as a designer brand.

The brand is mostly known for its clothes for men and women, including shirts, pants, coats, shoes, and accessories. Izod has long been considered a luxury fashion brand because of its high-quality clothes.

Is Izod a Golf Brand?

Izod is most famous for their golf clothing, but they also sell other items like jackets and shirts. The company was founded by Morris Izod, who wanted to make clothes for people who were not wealthy enough to afford more expensive brands. Izod’s official golf product line comprises tees, jogging bottoms, and shorts for males and females. This indeed makes Izod a golf brand.

Is Izod a Men’s Brand?

It’s safe to say that at least 80% of all well-known clothing brands in the world create clothing for both men and women. And the Izod brand is not far off from this concept.

The company has always been associated with men’s clothing and has never marketed itself as a women’s fashion brand. There is no evidence that it ever made any effort to enter into the female market and create products for them.

Izod has been described as a “classic American casualwear company” and its products are often seen on golf courses, country clubs, and other sporting events.

Is Izod a Popular Brand?

In the marketplace, Izod has gone through several repositionings throughout the years  (with its present image being midrange preppy and production apparel). Nevertheless, the brand is still a very popular brand with a strong following.

Are Lacoste and Izod the Same?

Lacoste and Izod used to be the same company, but they aren’t the same company anymore. In 1951, Lacoste teamed up alongside Vin Draddy, a clothing manufacturer who named his business (Izod) after a London fashion designer he adored, Jack Izod.

In 1993, Lacoste broke up with Izod and resurrected the reptile. Both crocs are still stylish today, and they come in a huge variety of colors with different styles of fashion.

What are the Differences Between Lacoste and Izod?

For the past 40years, Lacoste and Izod used to be the same firm, but they broke off to focus on various areas, and today they make extremely similar items Lacoste tries to appeal to a more “luxury” or “elite” clientele, whilst Izod focuses on the middle market. As much as they are extremely similar, the Lacoste and Izod brand still has some certain differences amongst each other, which includes;

It’s no news that the Lacoste and Izod brands both possess different logos. A crocodile emblem appears on Lacoste polo shirts, whereas the monogram crest appears on Izod polo shirts.

The Izod brand possesses a midrange image whereas Lacoste could be found to be more on the upscale image level.

The Lacoste brand is found to produce way more expensive products than the Izod brand whose products are far cheaper than those of Lacoste.

Lacoste is known for high-quality clothing with a sophisticated casual design and a strong connection to the tennis business. Polo shirts from Lacoste combine comfort and design to create a sporty-chic look.

Lacoste surged to new heights in wide acceptance in the United States during the mid-1970s becoming the quintessential ‘preppy’ wardrobe item of the 1980s. Lacoste also started to incorporate other items into their range, which include sweatpants, sunglasses, tennis sneakers, Lacoste runners, walking footwear, watches, and diversified leather goods.

Every style has its crocodile. Lacoste polos are available in 3 varying models, which includes; The classic fit model, The Paris fit model, and the Slim model, with size varying from XS (2′′) to 4XL (9′′).

Izod is a clothing brand that aims to provide affordable, fashionable, and comfortable clothing to people worldwide. Its emblem is as simplistic as its structure and function, but it represents esteem and its “quality for quantity” ideology. The name signified the firm’s conviction and constancy and the beauty, craftsmanship, and significance of its fashion style.

4. Izod Advantage: This is Izod’s performance line, which debuted in the spring of 2016. SportFlex elastic material and CoolFX moisture-wicking innovation are common elements in this collection.

Is Izod a good fashion brand? If you’re looking for men’s polo shirts or high-quality jeans, Izod has a superb assortment at a reasonable price. Their golf tees are suitable for both males and ladies, and you will notice the difference after a few days of wearing them. However, it’s challenging to go flawed with Izod for mid-range clothes.