Is Lacoste a luxury brand? To a very large extent, it is considered an accessible luxury brand. Lacoste has been in the hearts of many sporty fashionistas for decades. From polo’s to tennis skirts, Lacoste has put out pieces that can easily go from the court to the street.

However, with a relatively hefty price tag and a comparatively long brand life that relies the majority of the time on its name, many consumers want to know, is Lacoste a luxury brand?

Is Lacoste a Designer Brand?

The beloved French brand Lacoste is well known to gophers, tennis players, outdoorsy sports fanatics worldwide. One thing that it has in common when crossing the lines between athletic wear and streetwear is its reputation for being high end ready to wear.

‘High end ready to wear’ roughly means that while Lacoste does come out with seasonal collections, it counts as ‘accessible luxury.’ Their pricing, ranging anywhere from $60 to $300, is directed towards consumers who are relatively more financially comfortable and strive to achieve a certain level of status within their wardrobe.

Additionally, the designers they partner with often release higher-end collaborative pieces created by both brand’s collaborative efforts on their own sites for several hundred more.

However, just like luxury brands, the term ‘designer’ is subjective, but if we judge by pricing for example, since Lacoste is still considered to have high-end, yet ready-to-wear prices and the product is still luxurious, the brand is still technically ‘designer.’

So the last question may leave you wondering how to discern a designer brand from a luxury brand. Overall, luxury brands consist of products that are for those willing to pay exorbitant prices and not mass-market products.

Luxury promotes the feeling of singularity. Oftentimes, the term luxury when it applies to the literal quality of the clothing doesn’t even need to be top-tier, although most luxury brands try to maintain their quality reputation.

Designer, on the other hand, doesn’t necessarily mean high prices. In fact, most brands that label themselves as designers or a sub-term, ‘premium’ are companies where customers can afford to spend slightly past their budget.

It is typically some of the best products available on the mainstream market and ultimately may even have more pay-off in the long run compared to buying a full set of luxury clothing.

Lacoste actually has an interesting backstory. In 1923, Bordeaux-based Rene Lacoste left university to pursue tennis full-time. His fierceness and courage throughout his career (earning him 7 Grand Slam Titles) led him to earn the nickname of a lifetime.

On a trip to Boston, his team captain offered to buy him a slick crocodile suitcase Lacoste had been admiring in one of the shops if he won. Despite losing, the American press took notice of the heavily publicized crocodile bag story and named him ‘The Crocodile’, and the tennis world caught on.

The nickname became so tied to Lacoste’s athletic identity that he asked his friend/stylist to start sewing small, embroidered crocodiles onto his jackets before matches, thus beginning the brand’s legacy.

So how did the Lacoste brand become as intertwined with golf as it was with tennis? Simple, it started when Rene met his wife, Simone Thion de la Chaune, a golf champion. Simone was a legend in her own right, pioneering the sport, which had previously been dominated by men.

Even their daughter, Catharine Lacoste, would go on to become a golf champion in the 1960s. Together, the family lived by the values of humility, passion, excellence, and fair play, which are not so coincidentally the same values taken into account by the Lacoste brand.

By the 1950s, Lacoste’s new releases and the brand itself became world-renowned for their craftsmanship, encouragement of an athletic, healthy lifestyle, and overall sportsmanlike values.

Does Lacoste Count as Streetwear? 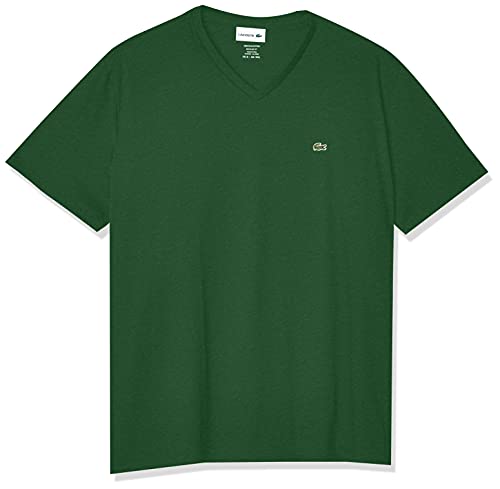 As each decade progressed, Lacoste expanded more and more, partnering with famous designers as a way to ‘chic-ify’ people’s perception of athletic wear.

In addition, with everyday clothing becoming more and more casual from the 60’s onward, Lacoste became one of the first athletic brands to cross the line into athleisure, therefore categorizing it as a form of streetwear.

Today, the brand has spawned a whole new life in the form of creative street stylists, who utilize the crocodile’s classic meets quirky vibes and transform it into fresh, contemporary looks. Thus, Lacoste today has seemingly found a rebirth in streetwear.

How Does Lacoste Actually Hold up as Sportswear?

So, you might be wondering whether Lacoste still actually holds up as athletic wear. Well, to this day, Lacoste has multiple ambassadors who are champions in their respected sports.

Classic sports items such as their polo shirts and dresses are typically made from 100% cotton, although they also use jerseys and nylon, meaning everything is breathable and ensures a full range of movement.

Are Lacoste Bags Worth It?

The best part is perhaps the prices, which offer relatively affordable options from $100 to $300. One of the most popular bags is their classic tote, along with their other tote variations.

The reason being that the totes provide ample space and don’t bombard the wearer with misused space in the form of random pockets that lack depth. In addition, the majority of Lacoste’s bags have numerous five-star reviews.

How Do You Know if a Lacoste Bag is Original?

You would be surprised how many fake Lacoste bags are out there. However, there are a few simple steps you can use to deduce whether your bag in question is a friend or faux. For example, keep an eye out for the packaging.

Packaging is cheap and can easily mimic the actual product. As this is the first thing consumers see, you may be easily fooled and look past the cheap production underneath.

Secondly, be wary of online and street merchants. A newly manufactured bag will only be sold through Lacoste’s official website and certified retailers. When it comes to secondhand bags from sites such as The Real Real, Poshmark, and Depop, you should look for listings that come with certification papers or at least check off all authentication boxes.

Thirdly, inspect the stitching on the inside of the bag since counterfeit manufacturers usually skimp on the details. Counterfeit bags often have breakable and loose threads whereas Lacoste’s high-quality stitching is small and solid.

Additionally, check the crocodile logo, as genuine Lacoste logos are either printed or stitched on, with an articulate shape. Fake logos will often have sloppy edges, an off-color of green, and for Lacoste’s embossed logos, a fake will usually have a deeper imprint in the fabric, whereas the genuine product will have a lighter imprint.

You should also check the tag, as authentic Lacoste will include a tag with materials, model, and size. Finally, look at the general shape and details of the bag. Lacoste bags do not come in loud colors, have a narrower bottom and wide-mouth top, and generally have a U shape. Logos tend to be on the top middle area of the bag.

Is Lacoste a Good Brand for Dresses?

With the recent resurgence of tennis skirts and dresses, Lacoste’s classic designs are currently very on-trend and come in an assortment of neutral to bright colors, such as tomato red and cerulean blue.

Is Lacoste a Good Brand for Shoes?

Like all shoes, Lacoste’s selection of footwear is primarily designed for certain activities, such as tennis, gulf, and running. They even have foot slides available for the foot to re-expand and breathe.

Most of their shoes have a 5-star rating in style and effectiveness. Their designs are built not simply for style, but to fully support the foot, as most options include ample heal padding for impact and arch and in-step reinforcement. Their shoes are also complete with mesh inserts for breathability.

Is Lacoste a Good Brand for Watches?

No brand is perfect. Lacoste watches aren’t the highest-ranked in quality or durability. However, they do work for everyday activities and fit in nicely with the brand’s style identity, sporting classic and elegant designs.

Ultimately, if you like the overall appearance of the watch and you’re not going to take it out into the extreme wilderness, it’s still worth it.

With Lacoste’s endearingly rich history and a long line of consistent style, it stands to reason that the brand has a place in an upscale fashion.

However, given its ready-to-wear structure and premium level price range, we cannot officially label Lacoste as a luxury, but rather, as a premium designer label.

On the other hand, despite its non-luxury status, Lacoste’s unique story and brand place it in a special position, where it continues to evolve while still maintaining its classic name, much like a luxury brand.

link to Is Artnaturals a Good Brand?

Is Artnaturals a good brand? This is a personal body and hair brand which is on a mission to fuse the beauty and art of nature. This brand of choice harvests affordable, eco-friendly,...

Continue Reading
link to Is Schwarzkopf a Good Brand?

Is Schwarzkopf a good brand? One of the first things you’ll notice about a person is the facial features, and the hair happens to be the first that will catch your attention. Many women wish to...