Pretty much all of us don’t appreciate getting an unexpected surprise particularly when they are unpleasant. So chances are when you dye your hair one color and get another, it’s more than unpleasant and worrisome. Some people, in particular, have experienced their brown hair dye turning red. How does this happen and how do we fix it, you ask? Let’s find out.

I Dyed My Hair Brown and it Turned Red

Dyeing hair can be a tricky process for those who have previously gotten hair coloring done on a repeated basis. A term you could use to more easily describe what happens is called “Brassiness,” which occurs when undesirable warm tones start popping up in already colored hair. Brassiness is more common in dark hair that has been dyed blonde and/or platinum.

However, it’s possible for it to show up on highlighted or lightened brunette hair.

Why is My Hair Turning Red 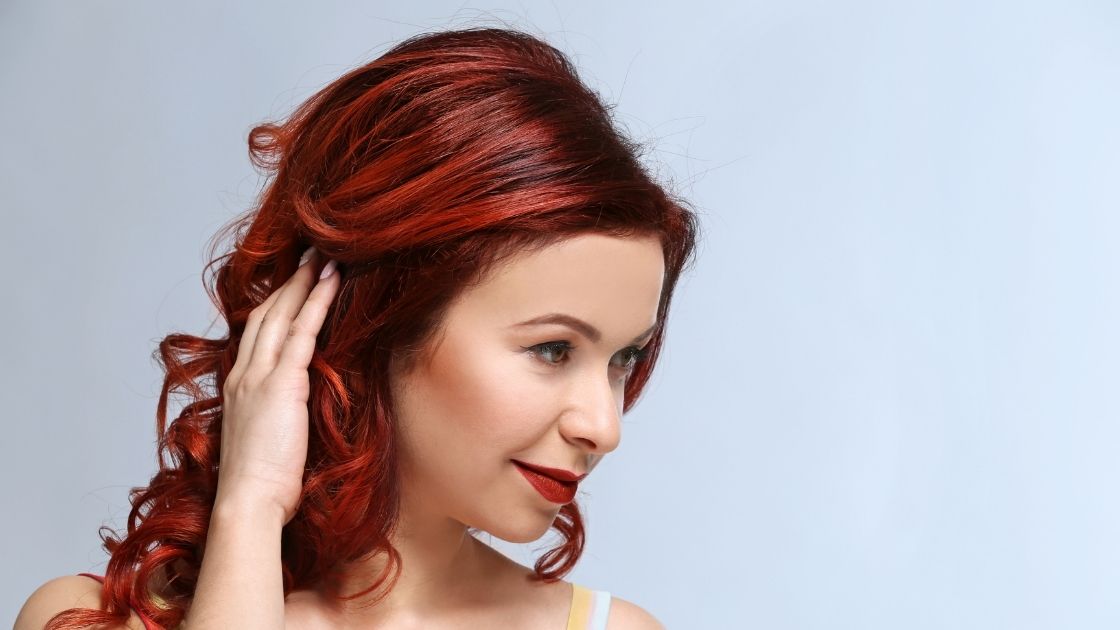 Brassiness doesn’t simply start after the coloring has been done, but it is usually triggered during the actual lightening process. Lifting darker hair involves mixing peroxide and ammonia, which coats different sections of the scalp for long periods of time to set. By doing this, the melanin that creates the dark brown and black pigment becomes diluted and oxidizes. Yes, just like rust on metal!

After the hair has been bleached, hair color is applied, where artificial coloring is infused into each strand. This process, as well, removes any remaining natural color. However, when neither the bleaching nor lifting process is able to fully eradicate the hair’s natural pigment, this is where brassiness has its window of opportunity.

The warm natural undertones of the hair start to reveal themselves shortly after the coloring process, eventually creating an unwanted tinge of artificial-looking highlights. Lightened blonde hair will have a yellow underlying pigment, and brown to black hair will have undertones of orange and red.

The two main causes of your hair turning red or orange stem from either your chosen color being too light or on the opposite end of the spectrum, the color has warm undertones. When you go lighter than the natural pigments in your hair, it is inevitable that you will have to contend with some of your own underlying pigmentations.

Therefore, whether you’re dying hair at home or at the salon, it’s a good idea to consult with a specialist or do your own independent research, so that you don’t wind up with an unfortunate outcome.

How to Stop Brown Hair Color from Turning Red There are several ways in which you can fix the outcome of brassiness and prevent it from happening again. These include:

When selecting your permanent color, choose one that’s cool and it’s even better when the name of your color has the word “ash” included, which have blue and green tones, which are less likely to become brassy like those with warm tones. However, if you’re set on warmer hair color, there’s a wide variety of options to choose from that are well balanced in terms of the tones used.

Secondly, when the damage has already been done, you can go to the salon for a toner. Hair toner is the clear coat of hair color that goes on and eventually fades over several weeks. However, toner isn’t just used for changing the hair color, but it can also fix brassy hair.

A “demi-permanent” color, gloss, or glaze, can eliminate yellow, orange, and red, undertones. The pigment in the toner is just enough to lightly recoat the lingering discolored strands in the proper color, while also improving the shine in your hair at the same time.

Thirdly, although the allure of suntanning and swimming is incredibly hard to pass up. But the best way to getting hair color to look its best and stay at its freshest may be to avoid UV rays and chlorine-filled water. Chlorine in pools strips color away from the hair, much like how the mix of ammonia and peroxide lifts natural coloring.

The chemical damage leaves hair dull and fragile, therefore making hair’s vulnerable state more prone to losing its coloring, and brassiness is more likely to appear. Also, exposure to the sun expedites the fading process of coloring, which of course, brings out the brassiness. Always wear a hat to at least subdue the damaging effects of UV sun rays and apply sunscreen for the hair.

You can also use a blue shampoo or blue hair mask to neutralize brassy hair and undesirable warm tones. Since yellow is on the other side of the color wheel to orange and purple, a purple shampoo is best for blondes and blue is best for brunettes.

In addition, the mask, much like the tinted shampoos, is part of a necessary haircare regime you’ll need to maintain coloring. Much like the shampoos, a blue hair mask will neutralize warm tones, except the treatment is more concentrated and intense and therefore should only be used once a week.

However, using colored shampoos can cause the hair to have tinted hues when used without moderation (more than twice a week), so using a color-protecting shampoo the rest of the time, is much gentler and doesn’t usually contain sulfates, either, which fade coloring faster.

5. Use Shower Caps or Shower Filter

Finally, unfiltered water from the shower brings a lot of mineral deposits, such as iron and chlorine, which are drying and as we know, can strip colored hair and cause brassiness. You can wear a shower cap when taking showers to protect your hair from the water to prevent the hair color from stripping. You can also use a shower filter to help decrease harmful mineral deposits, increasing the lifetime of your hair coloring.

In conclusion, having your dyed hair turn a completely different color is not uncommon, but it is definitely preventable and an overall easy fix. So all in all, there’s no need to worry as long as you take the proper precautions.

link to Does Abercrombie Run Small?

Does Abercrombie run small? Abercrombie and Fitch was a staple of millennial fashion in the early 2000s. As their demographic began to grow up, their popularity declined significantly. Now after a...

Neverfull PM vs MM which one is better? Louis Vuitton’s Neverfull Tote is one of the most luxurious totes you could ever own. It is not only a practical choice for the modern woman but has a wide...